Supporting our Troops during the Holidays

The Spirit of Liberty Foundation brings its very own Santa Claus and the Spirit of Christmas to our heroes serving in Combat and those who are wounded for programs and ceremonies. The Spirit of Liberty Foundation’s Santa wears a custom America’s Santa suit designed with official Army camouflage. He visits military hospitals and bases worldwide, including Iraq, Afghanistan, Kuwait, military bases in Europe and even Guantanamo Bay.

​The Foundation’s Santa tour began his first visit to Kuwait and Iraq tour during the holiday season at the invitation of the former Commanding General in Iraq, Gen. David Perkins. America’s Santa personally brings personally signed greeting cards from governors and members of Congress as tokens of appreciation for the troops. These include gifts donated by over 70 U.S. Senators including Senators Harry Reid and John McCain, and leading professional athletes and leagues from Drew Brees and Kobe Bryant and others from the NFL, MLB, NHL, NBA, NASCAR, and the PGA 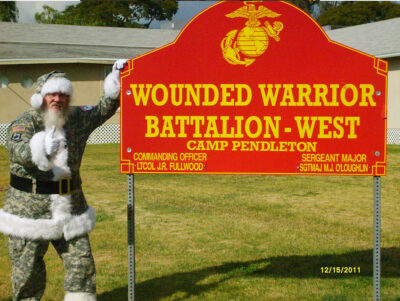 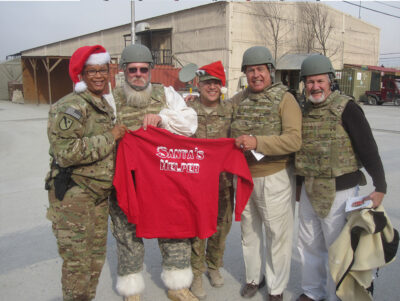 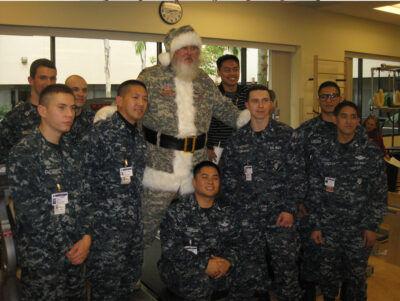