Spreading Patriotism Across the Nation

America’s Freedom Bell was conceived on May 15th, 2013 cast on June 6th, 2013, the 69th Anniversary of D-Day with full Military Honors. America’s Freedom Bell contains metal from the 9/11 Twin Towers certified by the New York Fire Commissioner. America’s Freedom Bell was cast by the world-renowned and America’s premier Bell Foundry, The Verdin Company, which has been family-owned since 1842.
America’s Freedom Bell has the Official Emblem of each branch of the Armed Forces embossed and circling the Bell in the order of their founding: Army, Marine Corps, Navy, Air Force, and the Coast Guard, and is inscribed with the words: HONORING OUR ARMED FORCES PAST, PRESENT AND FUTURE, and has 50 Stars representing the Nation, on the Bell’s lip.

America’s Freedom Bell has been at: World War II Memorial on the National Mall in Washington D.C., Memorial Day Weekend Ceremonies, Independence Hall where the Freedom Bell was unveiled on Flag Day on June 14 and also the Birthday of the Army, U.S.S. Midway in San Diego on Independence Day, The World War II Memorial in New York on the Anniversary of 9/11, Arlington National Cemetery for Veterans Day Ceremonies, Hawaii, Pearl Harbor Remembrance Day Ceremonies, Indy 500 Events, Army/Navy Football Game and numerous other high profile Ceremonies and events.
Every American is invited to ring America’s Freedom Bell in honor of a family member or friend who has served or is serving in the Armed Forces, or to say thank you in support of our Troops! 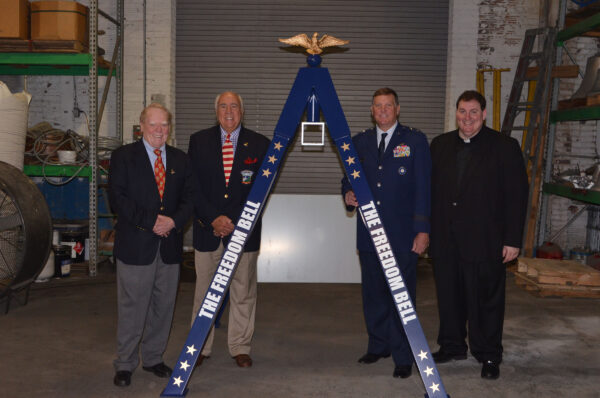 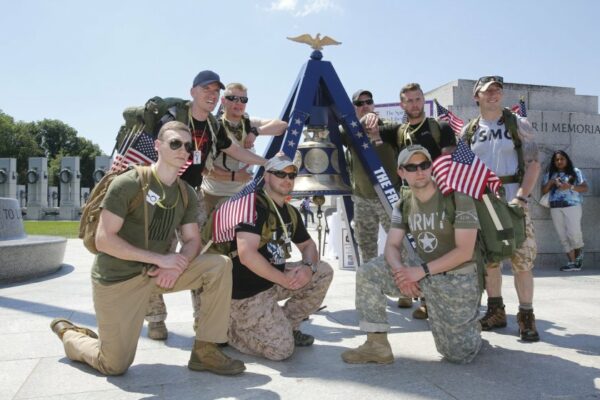 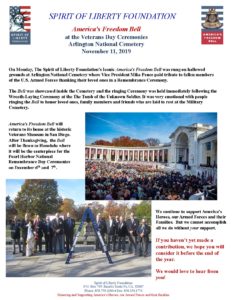